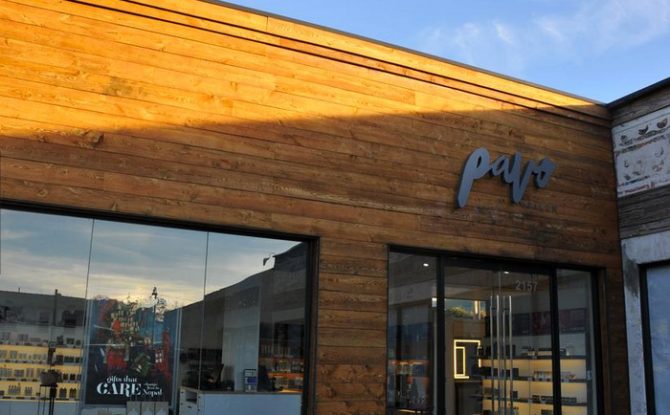 Pavo Salon is about to debut its new “cutting-edge” Midtown location.

An Aveda Lifestyle Salon, Pavo will be housed at 2157 Central Ave. — in the same shopping strip as Urban Outfitters — and will open its doors Nov. 17.

“It was certainly time for us to expand our brand first and foremost,” said Scot Robinson, co-owner of Pavo. “But the other part is, with all the growth that is happening in Midtown, we felt like Midtown was lacking a high-end, very heavily service-oriented salon.”

Robinson and Shawn McGhee founded Pavo in 2000. Their first location was in the Laurelwood Shopping Center.

The new 2,400-square-foot Midtown salon features 15 stations. Facial waxing and mini spa services are offered, but no massages or nails. The Pavo in Laurelwood includes a full-service spa.

“We want our culture to transcend between both places, obviously, but we are also looking to elevate our service,” Robinson said. “So you will no longer see a front desk when you walk in. It will be more like Apple and AT&T, more of a concierge type service. So that is something new that we are bringing to the salon world.”

The salon features a minimalist design that utilizes products that are brand new to the market, like state-of-the-art metal cabinetry.

“It is kind of that industrial chic that I think is a new look for salons,” Reese said. “It is not too prissy. It is going to have a great Midtown feel and what Midtown is about, which is not the mainstream.”

Robinson said the salon will have 11 employees to start with and plans to grow that number to roughly 20. Three new stylists were recruited from the Aveda Institute Nashville and two more came from other salons. The remaining employees are current Pavo workers.

“The energy and excitement that has been around it has certainly been nice,” Robinson said. “What more can you hope for when opening a business?”

The property is owned by Charlie Ryan via Central Cooper Gateway Inc.